The prosecution alleges that Rudolph Churchill committed two rape-murders in 1989, based on the identification of his DNA a quarter-century later on two items found near the bodies of Ruby Ellis and Cheryl Hanible.

On Monday, a lawyer for the 54-year-old South Jersey man questioned the integrity of that DNA evidence.

Capuano asked Gallagher to explain why he selected certain pieces of evidence and relegated others to “second-tier” status for possible later testing.

Gallagher said he started with items he thought most likely to yield DNA. But he acknowledged that testing of second-tier evidence never happened because two items from the first group allegedly matched Churchill.

Gallagher also acknowledged that one piece of evidence – a used condom – found in an abandoned car with Ellis’ body disappeared between 1989 and about 2007, when the Philadelphia lab began reexamining cold case evidence for DNA under a federal grant. However, two microscope slides with swabs from the condom, positive for the presence of sperm, were tested for DNA, Gallagher said.

Microscopic slides taken during the autopsy from Hanible’s vagina were also missing, Gallagher said, and similar slides from Ellis were stored without covers and were “compromised.”

Capuano’s questions followed her theory, outlined to the jury in her opening statement, that investigators got the wrong man when they arrested Churchill, of Paulsboro, and charged him with the murders.

Ellis, 19, was discovered dead on March 17, 1989, in an abandoned car in a lot near 15th and Thompson Streets. On April 23, 1989, the body of Hanible, 33, was found in a burned-out abandoned bar in the 1200 block of West Girard Avenue. Both women were addicted to drugs and became prostitutes to feed their habits.

Assistant District Attorney Gwenn Cujdik has told the jury of eight women and four men the evidence will show that Churchill’s DNA was on two pieces of evidence: a bloody paper towel found in the car near Ellis’ body, and on the heel of Hanible’s sneaker from which the lace was removed and used to strangle her.

Both Capuano and Cujdik have also acknowledged problems confronting the investigation that led to Churchill. Both women died in places frequented by drug users and where prostitutes met customers for sex.

Among them: Does the bloody paper towel in the car mean Churchill killed her or was just present at some time before or after she was killed? Does Churchill’s DNA on Hanible’s shoe mean he held it as he pulled out the lace to strangle her or just handled it at some point after she was dead?

Capuano also noted that tests showed the presence of an unknown male. Did this belong to the real killer, as Capuano suggested, or, as Cujdik argued, was just another of the victims’ sexual customers?

The jurors on Monday also got a primer on the use of DNA in criminal cases from Bryne Strother, a DNA analyst and peer reviewer for the police department’s DNA lab.

Gallagher’s and Strother’s testimony was necessary for the jury to understand how the DNA was collected and analyzed from the 1989 evidence. Still to come is testimony from a police DNA analyst explaining why the samples allegedly came from Churchill. 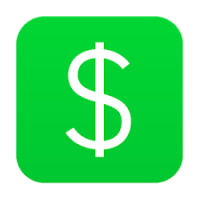